TUTUOBA is the fascinating story of a young woman and her reincarnation, having to survive similar desperate struggles
against rich powerful enemies. Violently uprooted from Africa, persecuted in
Jamaica where she inspires a Maroon slave riot, before being shipped to Boston,
MA where she is tried for witchcraft, TUTUOBA has to survive by all means
necessary!
Buy Now 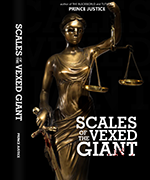 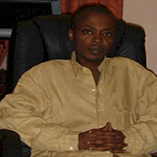 About The Author
Created in Europe; Educated in Africa; Agitated in the Americas;
Prince Justice is a Yoruba, London-born Social Scientist, who, while living in the New York Tristate Area, was compelled to write this book and other soon-to-be released books.