The Anti-Slavery economics of the Restructuring Liberation Movement! 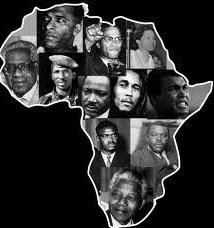 Some people categorize the restructuring issue as unitary versus federalism, while others framed it initially as a British colonial versus Black liberation issue, then as a Fulani hegemony versus self determination of indigenous Original Africans.

Most important the local and state governments will be inspired to increase local production for their sustainability. It is believed that a restructured system productive will increase tenfold within a decade. China has a similar pattern of devolution of economic power to local councils to inspire production. If implemented in Nigeria, every local resource will be put into productive use, unlike the current system that relies on colonial economics of what is demanded and supplied by the Western Powers. The history of this exploitation goes far beyond the colonial state which itself was a revised and improved system of African slavery. 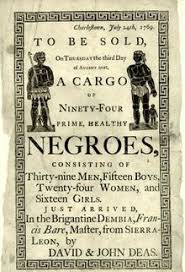 The 1791 Haiti Ogun Revolution made it obvious that the continued shipping of Africans to the American plantations was unsustainable as Blacks outnumbered Whites by ten to one, and they united along their Original African culture to successfully challenge their enslavement. With the British and French enslavers having lost their control of the Americas, they redesigned transatlantic African slavery by suggesting enslaving Africans on their own soil, since the sugar, tobacco and cotton business on which the Western economy was built, were original African crops. First they started setting up coastal forts around 1820, while Afroasiatic Fulani took thousands miles of Original territories and peoples. With the 1850s introduction of the submachine gun, and fake treaties promising protectorates from slavery that they armed, it was possible to transform and enlarge African slavery from private slave plantations to national slave plantations.

The Afroasians in West And East Africa willingly handed over hundreds of Niger-Congo ethnolinguistic groups that previously operated as citystates to the European colonists, in exchange for indirect rule in the new national plantations. In Nigeria, the homeland of the ablack Race and origin of the Niger-Congo ethnolinguistic family, the original African cultural sphere was butchered into 3 units, the West and East regions and the balance added to the Northern Afroasiatic region, to prevent any cultural and political unity to challenge their economic exploitation and enslavement.

The disguise of continued African slavery as colonization soon became apparent to Africans as the control of their natural resources and markets were taken over and they barred from anything that contravened the colonial objective of turning Africa into a national plantation and dumping of the colonial masters produce. This was challenged and the pure colonial state lasted for only 50yrs. The core of Original Africans provided two options – regionalism and pan Africanism while the North came with Pan Arabism which being imperialistic was more in favor of continued European colonization or Arabic colonization.

The Yoruba favored regionalism model coupled with the Azikwe federalism provided the template for independence, but on a pro-North Arabic structure implanted by the British. Nonetheless, within a decade the British and other Western Powers inspired coups across Africa based on corruption propaganda, which ultimately sought to arrest African economic and political freedoms. The army installed a centralized plantation style management whereby the slaves that produced had no say in what was produced.

Like in the American plantations, where the Negro had small vegetable and Negro food to sell amongst themselves but not across plantations, the African nations conduct less than 20% of their trade with other African nations. Africans were essentially tied to the apron strings of the colonial master by the foreign trained, indoctrinated and armed soldiers. Like the plantations, most African nations were restricted to a single cash crop or mineral. They could produce low level goods for themselves but it shouldn’t disturb the production of the national plantations main crop.

The lack of national development was believed to be the due to the lack of democracy in the military rule, but when the army eventually acquiesced to civilian rule in 1979, the constitution was still based on a slave plantation constitution. Regardless of the constitutional imperfections and bondage, the new democracy was once again overthrown by the army hiding behind a Western inspired corruption propaganda. The reason was the civilian democracy contravened colonial economics by planning to become industrialized with the development of the Ajaokuta steel complex aided by the Russians. This was unacceptable and democracy was withdrawn as a privilege, not a human right.

The civilian agitation for the return of democracy was aborted when the winner of the presidential election was one that dared to question past African slavery and demanded reparations. Abiola was jailed and killed for challenging African slavery, but it was disguised as a leadership fight between the Afroasiatic North and Original African South. The 1999 civilian constitution, a repeat of the slave plantation constitution, was designed by the same cabal that had jailed Abiola for challenging African slavery and had led wars to Liberian and Sierra Leone om behalf of the Western Powers to protectand reinstate institutionalized African slavery.

Since they own the land, resources and people exploited through the plantation constitution, Original Africans, the Niger Congo ethnolinguistic families, pushed for constitutional amendments through sovereign nation conferences. Despite a number of false starts in previous regimes, Jonathans government allowed the Confab Report that expressed a true template for freedom.

However, counter-revolutionaries made sure he lost the control of the legislative arm to make it law. Jonathan wasn’t only geared towards engineering the political freedom of the largest conglomeration of Black people, he was plotting an industrial takeoff to break off the chains of economic slavery. This resulted in a virulent corruption propaganda and arming of Islamic terrorism, as the Arabic and Western Powers reinstituted a complete economic and political subjugation of Original Africans.

This conservative swing drew the line in the sand, as the likes of Yinka Odumakin, Chief Adebanjo, Chief Nwodo, Edwin Clark and others became the modern day freedom fighters in the technical name of restructuring. Instead of modern day individual slave riots, like Biafra and Odua separatists were prone to do, like the civil rights movement the modern day liberators understood the need for a broader platform like the Black movement. They came up with the four region South and Middlebelt leadership forum, which although identified the cultural platform of the internal colonizers, fell short of identifying the enslaved as Original Africans of the majority Niger-Congo ethnolinguistic and cultural complex.

Fortunately, cultural custodians of the Niger-Congo ethnolinguistic family independently rose to articulate and unify their cultural sphere, which although was 70% of the tptal population was poorly represented in the structural imperfection created by the British colonists in their illdefined protectorates and regions. Though the traditional custodians were prevented from direct partisan politics, It’s up to the anti modern slavery agitators to understand the cultural and economic slavery underlining the political contraptions and governance. Theirs is antislavery and anti colonization of Original African peoples which must be fought on all platforms.

This fight against the last vestiges of global Black slavery must use the clarity and genetic loyalty provided by the cultural custodians as well as economic and political agitations. Only this will enable a strong platform and vanguard against divide and rule tactics, and the use of counterrevolutionaries fighting as separatists based on divisive and diversionary pan-tribalism. Already we have seen signs of using selfish ethnic politics to cause division among the restructuring liberators by betraying the fairness spirit of rotational presidency.

The restructuring liberation war is a war that must be won not only in Nigeria but across Africa. It is a war to return economic and political power to the peoplebat the local level, instead of sellout foremen in distant faraway capitals. But it must be fought on an Original African cultural platform like the Haiti Ogun Revolution and Global Black Power movements against the previous formats of Black economic slavery.