NIGERIA 2019: An instance of the fingerpost! 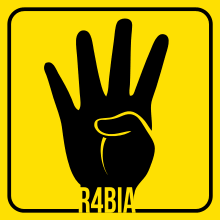 Ordinarily, from Nigeria’s astrological birthchart, one would expect a year of growth and progress, as it experiences its Obaluaiye (Saturn) return to where it was at independence (12 degrees Capricorn) to start a new 29yr cycle of building structures and restructuring.

Also, Obatala (Jupiter) returns to where it was at independence (26 degrees Sagittarius), which should renew the Obatala’s fruits of goodluck, religion, law and philosophy.

However even cosmic sciences subscribe to the concept of free will and that heavenly alignments could only provide the conducive environment but it is up to Man or a nation to shape it’s own reality and destiny with its own hands.

The clearest sign is that of the fingerpost. The cult of the Ikenga is the cult of the right hand from which every man shapes his destiny.

So, despite the heavens pointing us towards our manifest destiny, it is with our thumbs at the forthcoming elections that will decide the route taken to fulfil our destiny. It is certain that we would reach our manifest destiny but what remains to be seen is the route taken – one of increased collective intelligence that will bring peaceful change or one of learning the hard way through hardship, War, and agony.

The problem is that Nigeria is composed of 3 interests – Original Africans (Yoruba, Igbo and the rest of the Southbelt), Afro-Asian (Fulani) and European colonists. I wrote an article last year regarding the upcoming 2020 Decade of Great Transformation, when all existing systems will crash and be replaced with long lasting ones. This is the real start of the new 2000yr era of Shango/ Age of Aquarius.

Now, the British and Fulani are masters of cosmic sciences, dating back to Queen Elizabeth and her astrologer, John Dee, whose understanding channelled Britain to global greatness. Like the British that read the signs and knew when to strike against the great Roman Catholic Empire, it is very possible the Fulani know and plan to utilise the sign of the times to cutoff the West and dominate.

Not all Fulanis are driven by their imperialistic motives as we have ultra-right Fulani Buhari and moderate Atiku, just like we have conservative and liberal Whites.

The British and the rest of the Western Powers are frantic about stopping the predicted 2020 Obatala/Jupiter placement that will make China surpass USA economically and usher in the global Chinese ascendancy.

While the West has been expending resources and arms across Black Africa in the new Cold War to stop Chinese economic liberating infrastructure development, Usman Dan Fodio great great grandnephew, Buhari might be considering a surprise move to cut them off based on his instance of his four finger signpost – the Rabia sign.

The Rabia sign is a sign of Islamic resistance created by the Muslim Brotherhood and popularised by the Turkish President Erdogan, who rode to power on the coattails of Western Powers then turned against them.

Buhari came to power on the coattails of Western Powers, through their corruption propaganda and the use of Axelrod, Obama’s campaign manager. The plans were to use him for just one term to accomplish their imperialistic motives, but he appears to have cut loose and break the British-Fulani indirect rule arrangement. The last time he and Murtala attempted it led to the civil war.

If Buhari has looked at the stars and decided to make a run for a complete Islamic domination, then he will be making a grave mistake that might end with the annihilation of his people.

Yes, he might plan to sit tight and fight anything the West throws at him, with the benefit of home advantages, but he will be greatly underestimating the role of the Apocalypse 3rd horseman.

We are at the cusp of the Apocalypse, a period of great change inspired by revealed hidden knowledge. The Apocalypse horsemen don’t bring destruction themselves but those who fight and resist the change to a new 2000yr era will be destroyed.

Some call it the return of Christ the Messiah, some call it the coming of the Antichrist. Jesus himself said the new era will begin when you see the water bearer (Aquarius). Whatever you call it, the sciencific explanation is the Precession of the Equinox.

This new era as described in the Biblical book Revelations chapter 4 to 6 as the era of the third horseman is an era of restructuring towards fairness, an era of global Black socioeconomic ascendancy and justice, the era of Shango/Aquarius.

This era is not for those who use religious and political dogma to control scarce resources and humans, so all machinations by Fulani Islamists and the Christian Western Powers will fail.

Yes, Buhari might use his four finger signpost to signify a challenge and remain in power, but the West shall wage war.

Just like China, where the nationalists, the Japanese who were like the Fulani used to dominate China, none of the warring parties calculated the rise of Map and masses under communism. Just like the Tsar and the West fought the War of Colonies, later renamed the first World War, none of the parties foresaw the rise of Lenin and the Bolshevik revolution.

Many died fighting on the wrong side and wrong cause, so we will also lose many fighting in the Christian vs Muslim, US/Western Powers versus Russia and China, but original Africans shall rise on a new platform as the winners and peace makers. The meek shall inherit the world.

Normally, one would pray that we take the peaceful and just route by restructuring towards fairness, but if the window of opportunity is not taken by 2020, war and anarchy would be unavoidable because the universe or God will no longer accept this unsustainable arrangement, and not only in Nigeria but in Trumps USA, Brexit Britain etc. There will be a change in global consciousness.

So if Buhari shows four fingers, the universe need only to show him one finger up his behind to wipe him and all those interest that resist true change. One thing I am certain about is whatever decision we make with our finger posts at the election, or Buhari makes with his four fingers, whether through war or peace, we cant lose as the Lamb of God has pointed with one powerful finger to the third horseman.

So happy New Year? The choice is yours at the instance of your fingerpost, whether happy or not, the Great Year will begin.