Campaign against Mental Slavery heats up!

THE MOTHER OF ALL CONSPIRACIES…

…is to ‘protect mainstream beliefs’ – Judaism, Christianity and Islam – and the image of God tied to White Eurasian supremacy, while Black African disorientation fostered by denying the fact THAT Nigeria is the origin of humanity and the Launchpad of a global Black ascendancy.

Among an array of logical conclusions listed below, the most telling evidence of this grand conspiracy was the decision to withhold the results of the Human Genome Project (1990-2002) that proved Southern Nigeria was the origin of humanity through the comparative analysis of DNA samples of nearly 500 major communities worldwide. This was conducted by a group of international scientists led by Dr Francis Collins, sponsored by the US National Institute of Health and a group of multinational companies. 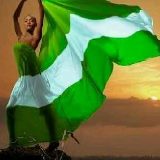 Despite the result of the longest and oldest DNA strand kept secret, 100 Yoruba DNA samples were taken from Ibadan to the follow-up project called THE INTERNATIONAL HAPMAP project ( http://hapmap.ncbi.nlm.nih.gov/index.html.yo), also led by born-again Christian Dr Francis Collins, who openly agreed that our blood DNA is ‘God’s logbook of humanity’,  but agreed in secret to keep the results from the public ‘to protect mainstream beliefs’. The new project was to use Yoruba DNA as a platform to understand the DNA and the biogenetic revolution of the major ethnic groups in the world powers that sponsored the project, just like Nigerians that formed the majority of American slaves were used to build European and American empires without any benefit to Nigeria.

Just like Islamic scholars currently indoctrinate followers to kill and die for Islam, Western academia has been  fixated on supporting the Bible and Christian dogma, especially the origin of humanity and the ‘order of the races’ through ethnically biased sciences like archaeology which  ‘finds what it sets out to look for’. 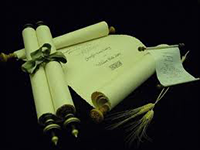 Archaeology in Africa has been conducted mainly by Europeans settlers, who have mainly concentrated on  Eastern and Southern Africa.
Despite the obvious fact that most rains come from the Atlantic Ocean, with the African Atlantic coast being the most fertile, Western academia propagates that the origin of humanity was in the arid Ethiopian/Kenyan highlands and valleys that can barely support a vibrant ecosystem!

Due to the embarrassing fact that all hominids found in the Kenya/Ethiopia region had dentures consistent with a rainforest origin, many turn to the Congo Highlands and Great Lakes area as the probable source of humanity, neglecting the fact that the area is short on oxygen due to altitude, and also due to its distance from the Atlantic Ocean’s source of rain, it only became a rainforest due to the Rift Valley shifts that raised its altitude and enabled it to get more moisture;  like  the natural Sahara Desert Ethiopian highlands that became grasslands.

The more obvious naturally fertile lowland with ample oxygen and water is Nigeria’s Niger Delta – the world’s largest continental mangrove and freshwater swamp due to the huge rains that wet the West African region from Guinea highlands, Jos Plateau Watershed and Cameroun highlands, which all flow through River Niger, River Sokoto, River Kaduna, River Benue and several others into Lower Niger Basin.

It must be stated that although European archaeologists are fixated on Eastern Africa to prove biblical stories, skeletons do NOT survive well in the West African rainforests, while moving sand dunes of the Sahara buries entire locations and civilisations.
Nevertheless, thanks to a local Chief in the Sixties who called the attention of White archaeologists at the University of Ibadan, to the oldest proven settlement in Black Africa based in Isharun, Akure,  Ondo State  Nigeria ; dated to have existed before 10,000BC.
In another study, the palace of the Deji of Akure was proven to be the oldest surviving palace in Black Africa. Yet, all these facts are conveniently ignored or  hidden outright to deny the Black African race a unifying platform. 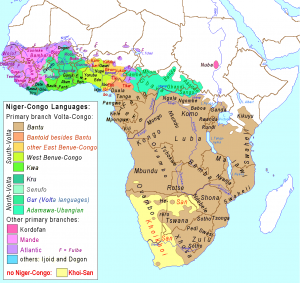 The proofs are not only limited to DNA studies and archaeology but,  linguistics also shows the obvious.
Nigeria has by far the most languages in Africa and as glottochronology shows it takes a 1000 years for a language to diverge by 25%.
With 517 languages, one can only guess the ages of Nigerian settlements. Showing how languages diverged throughout Africa;  following Nigeria is Cameroun with 281 and, as we move out into Congo Basin through Kenya to South Africa, the language diversity decreases.
On page 53 of ‘A History of African Societies to 1870’, Professor Elizabeth Isichei, an acclaimed professor of African history categorically states ‘since the closest relatives of Bantu are in Nigeria, it is virtually certain that the original proto-Bantu homeland and centre of dispersal was in Eastern Nigeria, or Cameroon.’

According to Glottochronology, the study of language divergence based on Indo-European models, Yoruba and Igbo diverged from a single Original African language about 5,000 years ago around the present River Niger Basin. Various ethnic groups were to evolve from the main body of Original Africans in the lower Niger Basin and moved in all directions, usually led by the smaller bodied Africans labelled Pygmies, Khoi-Khoi or San Bushmen.

To the east of the Niger Cultural melting pot, languages gradually diverged as Igbo and Tiv transformed to Efik and other language groups that migrated over the Cross River into Cameroun, where they further evolved into a family of rainforest languages of Beti-Pahuin, which include Eton, Ewondo(Yaoude) in Cameroun all the way to those who became known as Fang of Gabon. This family was to extend along and down the River Sangha into the Congo Republics through groups like the Teke which is close to Fang.

Around the  confluence of Rivers Kongo, Ugbangi and Sangha, Original African language groups labelled Bantu by Europeans were split into Western and Eastern Bantu language ethnic groups. Relations of the Teke migrated downstream towards the coast to form the Congo, Loango and Mbundu/Umbundu of Angola, while those who migrated onto the Kasai River became Mongo, Bobangi and Kuba.

Eastern Bantus migrated further north along the Ugbangi Rivers to River Nile/Great Lakes area where they formed Ganda and Nyoro in Uganda, Hutus in Rwanda etc. The Eastern Bantus then migrated southwards along the Nile and Kongo basins to fill up the Southern half of Africa as Sukuma, Haya and Nyambo in Tanzania, Bemba and Kaonde in Zambia, the Tonga in Zambia, the Shona and Nguni (Zulu/Xhosa).

The incessant attacks and colonization from Eurasians and their Afro-Asian offspring continue to breed new ethnic groups and dislocate the older groups thus making it difficult to understand the ethnic spread across Africa.

Unfortunately, African intellectuals have been dogmatized either through Western or Islamic education to shy away from their Original African knowledge base by tying its creation to the Devil. Esu, wrongly equated to be Satan, is believed to be the originator of Ifa, the world’s first and most complex divination system with an infinity knowledge base in history, science and philosophy, but now condemned as evil and cultist.

The above knowledge is the basis of an Original African cultural and intellectual framework, which is the only tool that could be used to progressively unify the Black race culturally, economically and politically towards global socioeconomic prosperity, which unfortunately is prevented by the Western and Arabic power centres that profit from our ignorance, disunity and helplessness.
This knowledge will help the unification of Africa on strong foundations as the common cultural origin is also the largest Black African consumer market, which is the Launchpad of a global socioeconomic prosperity and equality.

So, we as a people have no choice to but to pick the gauntlet and challenge the false mainstream beliefs systems.
Prince Justice re-emphasis this with his writings;  especially the upcoming new edition of THE BLACKWORLD: EVOLUTION TO REVOLUTION,
as well as media and legal challenges like this ‘Prince Justice Sues God’s Accomplices campaign’ as well as legal challenges restraining mainstream beliefs from their continuous defamation of the character of Esu, the Yorubas God of Information wrongly equated to Satan, the diametrically opposite of God; a concept that does not exist in any Original African religion, normally based on the laws of retributive Justice/Karma/Esan/Ofo and Ogu etc

The truth will set us free of mental slavery!