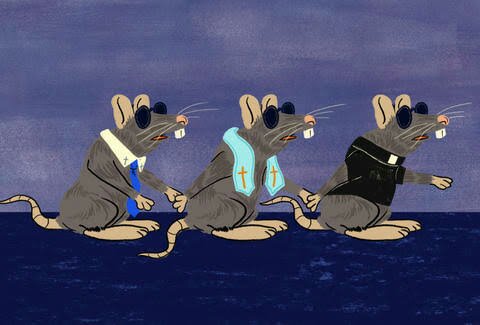 The 3 groups have it in their power to uplift the entire Black Race through their unity, but their mental slavery make them run around like 3 blind mice.

Yorubas and Igbos are the 2 largest original African groups (Niger-Congo ethnolinguistic family) and with the African-Americans are the 3 richest groups due to their markets, resources and access.

Many people engage in sibling rivalry instead of unifying, like Ladipo Solanke united London Black students in his defense against the denigration of Igbo culture and went on to form the West African Students Union that was instrumental in the fight against colonization.

Or like Nnamidi Azikwe, who brought the Black Movement learnt from Philadelphia to Africa, where he first sent Nkrumah to USA to learn the same liberation techniques, before he came to unify Southern Nigerians with the help of Herbert Macauley to free Nigeria.

Unfortunately the brief unity has been lost due to the divide and rule propaganda of global White supremacy.

Yorubas and Igbos now constantly abuse themselves on social media, even though many are friends in private. The likes of Adeyinka Grandson and Nnamidi Kanu became famous for leading the ignorant tribal bickering, not knowing that they were Useful Idiots used to distract our unity of origin and purpose.

The mentally enslaved Yoruba/Igbo are ignorant that they share the most defining cultural trait – Ifa/Afa, the world’s first knowledge bank and religion which defines who they are.

They have not been educated to know that they are the 2 oldest and largest original African groups whose responsibility is to uplift the Black Race. How sad our common ancestors must be to see their two eldest descendants bringing down their Original African family house! When you don’t train your kids or leave their education to outsiders this is what happens. 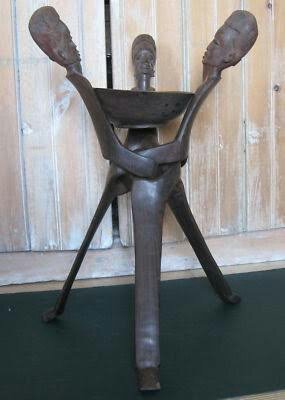 The Useful Idiots want to establish ill-defined tribal nations without taking into consideration that their greatest enemies and enslavers, who identify them as a disparate family, are united in United Kingdom, United States and United Nations!

As if any of their tribes could have singularly stopped slavery, colonization and the ongoing neo-imperialist agenda. If not for their detribalized descendants in the Black Diaspora that created the global Black movement, they would still be in physical chains. Unfortunately, the Black diaspora can’t remove the mental chains of cultural imperialism.

In their confused minds, they refer to past Wars that they fought for the White master as signs of bravery and independence. Like the Civil War, whereby the British instructed the French to arm Biafrans in order to sabotage the July 1966 Northern counter coup that had challenged and reversed their initial January 1966 CIA inspired corruption propaganda coup led by Igbo/Yoruba colonial soldiers.

Yorubas agitate for Odua Republic forgetting that to do so they will have to fight the Fulanis for the Yorubas in Kwara and Kogi states, fight the French for the Yorubas entrapped in Benin Republic while also having to contend with Edo, Ondo, Ekiti and Delta states that were always under Edo Bini Empire. Yet, Yorubas can’t produce firing pins not to talk of bullets.

Instead of unifying Southern and Central Nigeria on an Original African platform based on common origins, culture and collective aspirations as shown in the Confab report – the first document to truly outline the interests of Original Africans – they boast of using their enslavers weapons and backing to get freedom.

Adeyinka Grandson and Nnamidi Kanu sit in United Kingdom and disunite their Original African family. It is a shame on our ancestors that an Igbo son can proclaim Jewish foundations after its link with the worst case of Igbo slavery ever!

It was from these two groups that the largest amount of Africans were sent to the Americas but instead of coming together to fight the Masta from inside and outside, at best they unite in defeatist White supremacy Abrahamic dogma .

Our racial inferiority complex and self hate has advanced from the saltwater and freshwater Negro complex to modern day stereotypes. Hollywood continues to inspire fiction between the continental and Diaspora Africans as we saw in the blockbuster film Black Panther.

African Americans call Original Africans butty scratchers, while Yorubas call them Akata. African-Americans with an average 74percent Original African (Niger Kongo ethnolinguistic groups) DNA is more African than half of those who call themselves Africans, for example Afro-Asiatic Fulani who have less than 50percent and have become more Arabic than African over thousands of years.

As much as Yorubas and Igbos might abuse themselves in public, you can see that they both know that it is not the same as quarrels with Afro-Asians like Fulani that don’t often regard them as human beings due to religious teachings. They have lived alongside each other since evolution without a single war against each other, but have lost millions in Afro-Asian and European inspired Wars.

The fight between Yorubas, Igbos and African-Americans is a fight between spoilt brats of the same rich family. The question is when will we wake up to protect and push the family frontiers.

Without the leadership of these 3 groups trying to eradicate the misconceptions, the Black Race will remain enslaved as White Supremacy platforms continue to use divide and rule tactics.

Instead of Yoruba and Igbo coming together to wrestle power from the Afro-Asiatic platform in Nigeria, while the African Diaspora fight to stop interference by USA and UK, our enslavers have found Useful Idiots in Yoruba leaders like Tinubu and the African American President Obama to sabotage the rise of the African Giant that would have been uplifted by the policies of Goodluck Jonathan, a Niger Delta Ijaw.

The same slave stereotypes of Blacks being clueless, petty thieves was used to chase him out and secure regime change as the average Yoruba and African-American believed it.

We can’t continue to run around like 3 blind mice being led by our noses. We cant continue to fall for cheap moralist propaganda that makes us work against our collective interests and aspirations of true freedom.

It was easier to unite against White supremacy during slavery and colonization, than to unite based on our cultural identity. We now have African Americans deny their African Roots and prefer to be Native Americans or Afro-Asiatic Moors.

If we as a people don’t begin to teach our children their true historic, genetic and cultural identity, like a river that forgets its source we shall run dry. For the lack of knowledge, Black people shall perish.

One comment on “YORUBA, IGBOS and AFRICAN-AMERICANS -THE 3 BLIND MICE!”