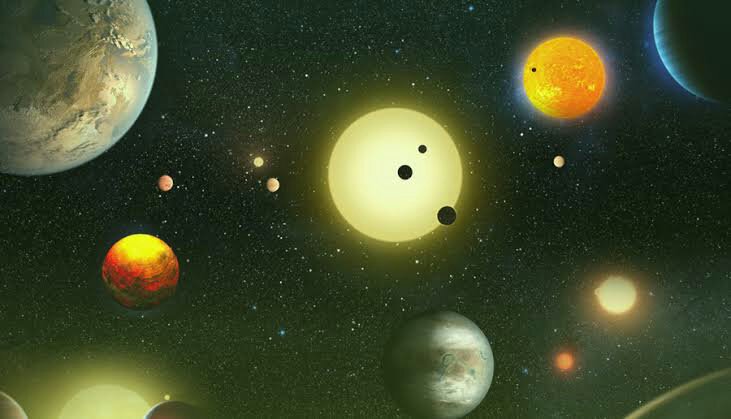 There are Ifa and logical predictions that we face a gloomy near future with the continued Buhari rule that has already arrested and destroyed our economic and political development. The thought of four more years leaves many people exasperated, disappointed and disillusioned.

There are many recriminations but this is not a time for recriminations and resignation. This is the time to act. Some will say that it is not the first time elections have been rigged and all agitations will amount to nothing. Well, it could have occurred a million times before but this time is different.

The consolation that the darkest time of the night is just before dawn is not soothing to someone without a sense of time. I have said the loss of Aworawos in Yorubaland that can read the walls of the heavens is the greatest disservice as it prevents us from knowing what time it is – a time of love or War, a time to advance or withdraw.

We are limited to the visible Orunmila Sun time of 12 months that gives planting seasons, but we don’t know the 246yr time cycle for Oyas revolutionary change, or Shangos 84yr cycle of Justice.

Based on timing, what advice and hope can be given to Yorubas and other Southerners whose restructuring agenda was placed with Atiku.

Although the influences of the heavens is reflected on Oracle board, its like watching the universe on a smartphone as opposed to a 70 inch widescreen TV. The Aworawo has a longer span than Ifa Oracle, of Orunmila one year cycles that will give you the immediate predictions or answers to specific issues.

The religious aspect of Ifa tied to Obatala gives a longer 12yr cycle, but it lacks the 26,000 year historical perspective to give a long term view. So all predictions of Ifa that say we head into gloomy times can’t put it into a wider global historical perspective of when we last had such conditions and what happened, which is why Aworawos are missed.

We are exactly at the point in cosmic time that we were in 1518, two Oya years ago, when Martin Luther nailed his thesis to the Church door and sparked the Protestant Movement that brought an end to the 1000yr Holy Roman Catholic Empire hegemony. Locally, this were the same conditions as when Nupe invaded Oyo Empire, the first Church and mosque in Southern Nigeria, and the beginning of the era of Trans Atlantic slavery.

For the last 500yrs we have waited for this influence to reverse the downward slope of global Black African essence, so those who feel defeated must rise to action for change and Justice. Now, we either stand up for unity and justice to stop it or fall once again to another round of Abrahamic imperialism from Daura, where Islam spread across Hausaland. 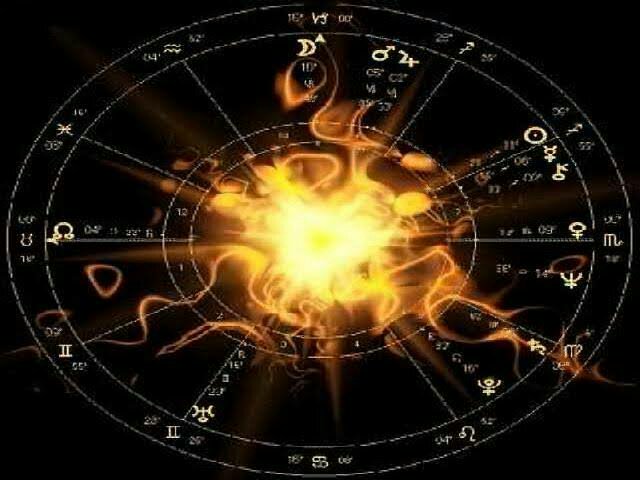 This once in 500yrs cosmic influence tied to Oya (Pluto) and Obaluaye (Saturn) alignments is said to be rare, but what is even rarer is the complete cosmic picture that also includes Obatala (Jupiter). This occurred last around 1900BC, 4000yrs ago, the beginning of the end of global Black ascendancy – the fall of the Old kingdom in Egypt, and especially the rise of Babylon.

In addition, on the 26,000yr cycle/orbit of the Universe, God himself, Humanity is at the cusp of a new 2000yr era, a new Great Year, a month in God’s time, which could either result in global Black ascendancy or our final cultural extinction as Original Africans, Omoluabis.

This new Great Year is what the Biblical Book of Revelations call the era of the Third Apocalypse Horseman, a newer Testament, while the Muslims wait for the Mahdi to revise Islam; the astrologers call it the Age of Aquarius, in Yoruba the Age of Shango.

Some wrongly believe these Apocalypse prophesies to be the return of the Messiah/Madhi to bring an end to the world, but the real meaning of the central theme Apocalypse is the revelation of hidden knowledge that will reform the world. Those who accept and advance it will be rewarded with a better world, while those who oppose and resist it will be destroyed and swept away by Oyas winds of revolutionary change.

So, it is a time for action, a time of revealing hidden knowledge to challenge the status quo in what is known as the Decade of Great Transformation (2020-2030), when all current systems will crash and new ones emerge.

This is not only limited to Nigeria. Globally, China and the East will surpass USA and the West. Just as Buhari has forced a second term so will Trump get a second term by hook or by crook, which will shake America to its foundations in its first Oya birthday.

Britain’s 8th Oya birthday has brought Brexit, and will face global Black calls for Justice and the wrath of the ocean by 2041. China is the only one likely to escape deprivations due to its Obatala influence. Nigeria shares the same Osun birthday of October 1 with China.

We live in interesting times. A time for action and a time for Justice. It is said time makes a hero or a coward of a Man. Leaders are products of circumstances in most cases, as there is nothing like an idea whose time as come.

Abubakar Atiku must step up with the hidden knowledge of the true election results to challenge the system and claim his mandate to set off a chain of events that would eventually restructure and emancipate the Black Race. Yoruba/Igbos must use the revealed hidden knowledge of genetic and cultural anthropological evidence to unite the Niger Congo ethnolinguistic groups in South and Middlebelt and across Africa for cultural justice and global Black ascendancy. Infact, the skies have not been this favorable to make such a profound global structural change in 4000yrs.

Though things might look bleak with a Sharia Chief Justice and Buhari’s tyrannical regime, Atiku should take a leap of faith and he would find doors he never knew existed open. There hasn’t been a combination of cosmic influences of structural change since 1518 to change the course of Black history until now, which will be exact on 12th January 2020.

A similar but not exact trend occurred in the 1770s that led to USA independence, creation of stock exchange, French and Haiti revolutions. This Oya and Obaluaye alignment is what is believed to bring global structural alignments in political and economic spheres through deprivations, revolutions and possible World War.

With 6 people currently falling into abject poverty every minute in Nigeria, making it the world’s poverty capital, the scene is set for a peaceful or armed revolution of political and economic systems towards a fairer and just existence.

Nigeria is currently experiencing a new Obaluaye 29yr cycle of structure, meaning Obaluaye is exactly at the point it was on October 1960. It’s Nigeria’s 2nd Obaluaye birthday of structure, so it faces toothing problems and whether it will stand and walk or be cripple. This is why it would feel the revolutionary impact of Oya like learning how to walk in a storm.

However the deprivations of the Decade of Great transformation could be ameliorated with Obatala influences also present this year, 2019.

Fortunately, Nigeria is also witnessing Obatala return to the exact place it was in 1960, the 5th birthday. Obatala influence is benevolent and brings luck, religion and law. Obatala is the one Orisha that spiritual supplications should be made to ameliorate the suffering brought by Oya and Obaluaye.

Providence and advanced thought informed the Oonis efforts reaching out with love to other monarchs, the unity of Afenifere, Ohaneaze, Pandef and Middlebelt forum, and lastly, the political class investment of their restructuring agenda in Atiku against Buhari.

On the tactical surface, it was to pit a Fulani against a Fulani, Muslim versus a Muslim to avoid ethnic and religious colorations in their quest of restructuring for social justice.

Spiritually, both Atiku and Buhari are born under Obatala influences. Buhari has used this to power a Jihadist religious movement. According to the principles of duality, Ejiogbe, the tactic of omo ina lan ran si ina, fighting fire with fire, Atiku has the chance of using law to neutralize Buhari.

The first Abubakar, Abu Bakr, the Righteous One that succeed Prophet Mohammed, was a rich man that used his money to free slaves and instrumental in the creation of the Sunni system, which Shites say was not according to the wishes of Mohammed.

With the 2023 beginning of a new era of Shango, an era of enlightenment and restructuring towards a just society, unlike Abu Bakr of the Olokun era that created the caliphate system, Abubakar Atiku might actually be a Mahdi expected at the end of time/era that will restructure Muslims away from the destructive unsustainable Islamic imperialism. Like Abu Bakr that got help from the Syria Christians against the rigid Shites, Atiku could count on the support of the Western Powers.

Now, some would ask that won’t the coming together of Christian Western and Islamic forces overwhelm the Original African essence. I say no if Original Africans reveal the hidden knowledge of genetic and cultural linkages to foster Original cultural identity and unity.

Whether or not Atiku achieves his aspiration of electoral justice, Original Africans need to unite to achieve restructuring, separatism or any laudable political aspiration.

Atiku has already been rejected as a true Fulani and told by Myetti that he was an Original African. If Atiku succeeds, without a unified Original African platform, the benefits will be fritted away on other platforms as Afroasians naturally tend to the identify with articulated Asiatic origins in the absence of a defined African side.

It was our mixed sons that led to the fall of Egypt and rise of Babylon, and it would be one of them, a rejected stone that will be used to build the foundations to reverse the historic cultural injustice.

Astrological alignments are mere influences which have to be taken to bring a desired result, as heavens help those who help themselves. Remember to have Oya (Pluto), Obaluaye (Saturn) and Obatala (Jupiter) in the exact positions we now and 2020, we have to look back to 1900s BC in Ancient Egypt and Babylon, the beginning of global structural changes that made Original Africans lose power.

This is probably the most important time in the history of the Black Race. I am not saying Atiku is the Horseman, Messiah or Mahdi but he can trigger a process that will start the rise of the Black Race and we can break the chains forever. So let’s build the pressure and the walls of Jericho will fall. Abubakar can’t run from the duty placed on his shoulders, or like Jonah he will end up in Buharis fish.