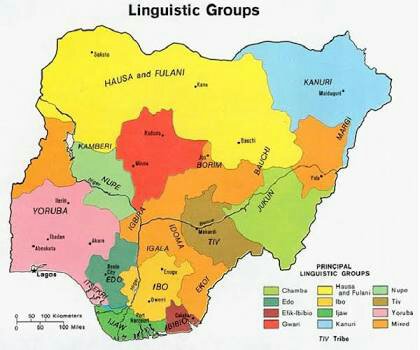 There are two cultural families and political interests across Nigeria and Africa, based on linguistic and cultural foundations – Niger-Congo (Original Africans that come from the same source) and Afro-Asians (products of different cultural imperialism).

It is believed that until the Original Africans, who are 70% of the population, can articulate their origins, linkages and aspirations, they won’t be able to compete politically with Afroasians, who have a different perspective and interests tied to their Asiatic origins and interests.

A third ethnolinguistic family, the Nilo-Saharan group, created by the famous linguist Greenberg, has been relegated to being a dustbin of ethnolinguistic groups that can’t be accurately categorized as either Niger-Kongo or Afro-Asiatic – Original African or mixed with non-African languages.

Some will argue that the Saharan subgroup of the Nile Saharan family is more Asiatic, while the Nile subgroup consisting of groups from Chad Shari River to Nile is ancient Original African. 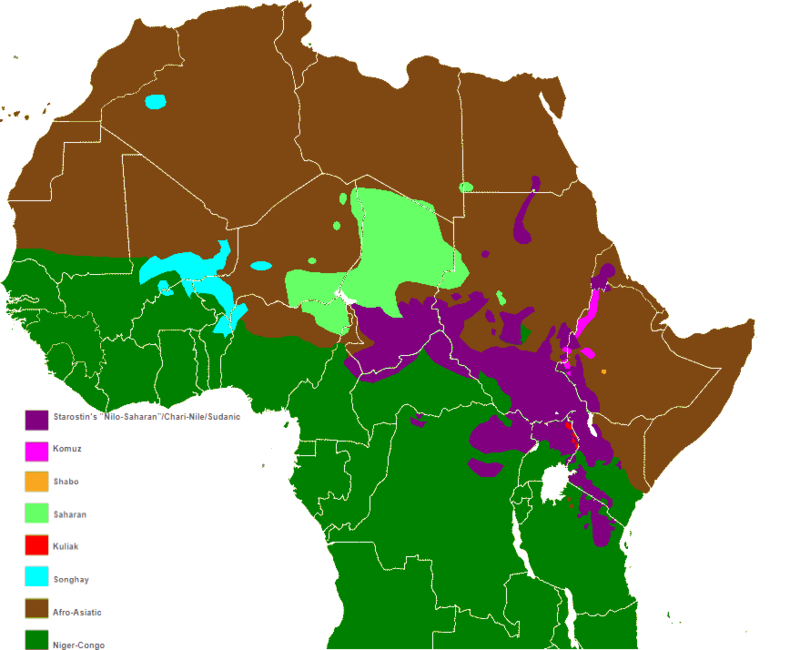 Northern Nigeria is divided into two Islamic Caliphates – Sokoto and Bornu. The Northwest Region is made up of Hausa-Fulani and other Afro-Asiatic groups, while the Northeast region is populated by Kanuri and others categorized as Nilo-Saharan ethnolinguistic family. 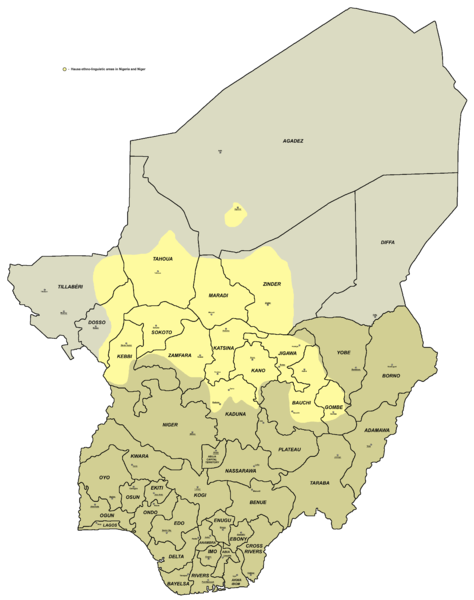 The Hausa are not an ethnic group per se but a conglomeration of largely Deculturised Original African groups that speak pidgin Arabic, like the Original Africans in the Americas and across the Diaspora.

Also, many people who are actually from the smaller Original African groups claim Hausa Fulani for sociopolitical and economic upward mobility.

The Bayajidda myth of the Hausa progenitor, who came from Bornu to slay a snake in a well in Daura to create the first Hausa citystate, is an account of the conversion of Original Africans to Afro-Asians. It is the Asiatic side of their Afro-Asiatic identity while the African origins are bastardized and obscured.

It shows the spread of Afro-Arabic imperialism from Daura in the far North to the other Hausa states of Kano, Katsina, Zaria, Gobir, Rano and Biram in what are known as the seven “legitimate” Hausa states, the Hausa Bakwai, while its Original African roots are labelled the seven bastard Hausa states, Banza Bakwai – Kwararafa (Jukun), Gwari, Ilorin (Yoruba), Zamfara, Kebbi, Nupe and Yauri.

Bayajidda also known as AbuYazid was said to have married Magaram, the daughter of the Bornu ruler, who gave birth to Biram, before he set out to Daura where he slayed the snake called Sarki (meaning leader) , and married the virgin Queen, Daurama. The Virgin Queen was unable to have sex with him immediately because of some sacred rites, so he was given a Gwari concubine, Bagwariya, who gave birth to Karbagari that is claimed to have given birth to the seven Bastard Hausa groups.

Queen Daurama later gave birth to Bawo who fathered six of his own sons, whose names were Daura, Gobir, Kano, Katsina, Rano, and Zaria (also known as Zazzau). Together with Biram, the son of Magaram, these seven went on to rule the seven “legitimate” Hausa states, the Hausa Bakwai.

From genetic evidence, the Hausa still have over 80% Niger Kongo DNA with the rest linked to Western Asian DNA. The Hausa initially spoke Nile Saharan languages with a high Niger Congo input before it was Arabized and Islamized.

Culturally, like the Yoruba, Igala, Igbo and other Original Africans, whose cultural identity is fashioned by the original African information retrieval system aka Afa-Ifa-Iha-Efa, the Original African in what later became Hausaland had a system similar to the Yorubas Orishas known as Bori (Boorii), a patheleon of hundreds of spiritual and intellectual entities. Those who still hold onto this tradition belief system are known as Maguzawa, an Arabic word meaning those who reject Islam.

The true origins of the Hausa can be traced to the Original African Nok civilization in Central Nigeria that also included Gwari, Nupe, Jukun, Yoruba and other groups.

Following the evolution of humanity and civilization in the Southern rainforest, people migrated into the Central Nigerian Plateau fertile grasslands served by several Rivers to develop the Nok civilization.

The Nok civilization was later linked to the Lake Chad Sao Civilization of the Sara and other peoples that spread and traded all the way to ancient Egypt and Ethiopia, through the River Chari from Lake Chad to Ugbangi and River Nile. 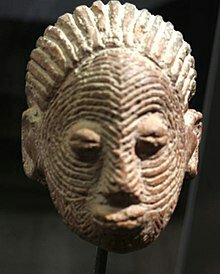 The Sara are genetically and culturally linked to Southern Nigeria with traces to Ethiopia and Sudan. The Chad zone is believed to be the first migratory route out of Nigeria and the migrants are known as the Nile Saharan group. The second route, the Bantu migration route, was along River Benue through Cameroun, down River Sangha to Ugbangi/Congo Rivers to Central, East and South Africa.

South and Central (Nok) Nigeria civilizations were linked to the world culturally and economically through Lake Chad, where the Sao civilization evolved along the trade routes to Ethiopia and Egypt, resulting in other Nilo-Saharan groups like the Luo, Masai etc.

Sao is an important title of Nobility in Yorubaland. The Sao civilization around the Chad was the main West African trade center to the outside world and would have been supplied from the Nok Civilization through Yorubas in the West and Jukun through East.

The Northern reaches of the Nok civilization, the present Hausaland would have grown as caravan routes from the Upper Niger Region of Senegambia, Mali And Upper Volta to Chad. Therefore Sao civilization would have had greater cultural and linguistic influences on Hausaland at the time.

The Asiatic takeover of Black Egyptian and Ethiopian trade centres led to the creation of Afro-Asiatic groups in North-Eastern Africa and a westward shift of the trade center along the North Africa coast from Egypt to Libya.

This led to the creation of another route directly from Lake Chad through the Fez to the Libyan coast and since it was controlled by new power centers, and groups pushed southwards due to troubles in Egypt, the Sao civilization of the Sara withered and so did the Nok civilization around 500 AD. This lead to the growth of the independent Hausa citystates around 600AD.

There had been a change in power in ancient Egypt first with the Assyrian invasion around 660BC, which would have placed pressure on the Chad zone before the Greek colonization that resulted in the creation of a lost state called Agisymba.

It was the Kanembu, who had been pushed further south towards Lake Chad that was to created the Kanem empire from 600AD which took over the Sara walled citystates politically, but retained a large part of the Sao culture as it built an empire that spanned Nigeria, Chad and Libya. 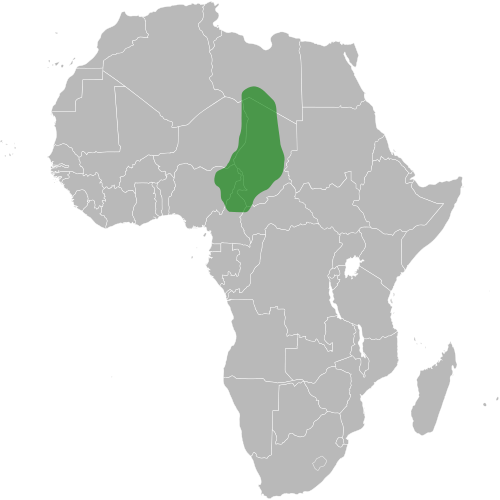 Initially, Kanem Kingdom retained most of the Original African structures but with the advent of Islam in the area, the Muslim Kanuri took over power in 1028AD and created the Bornu empire that extended further into Northeast Nigeria. However, a large faction resisted the cultural imperialism and stuck to their traditional Original African beliefs.

The Fulanis with Berber and West Asian DNA migrated from the Guinea backdrop of the Moroccan Afroasians to Sahel Nigeria solely to conquer and plunder in competition with Western Europeans that took over the coastal areas to the South.

The Fulani were to create one of the largest states in pre-colonial era and stuck an indirect rule arrangement with the British that has prevented the rise of the Black heartland. 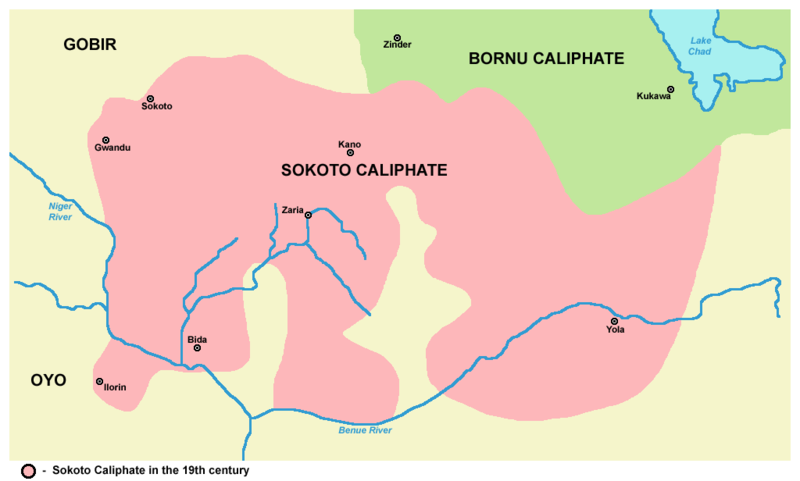 Though their numbers are small, they are politically savvy and experts in propaganda. Not only did they tamper with Hausa true history to culturally disorientate them and to turn against their original African family that they labelled bastards, the Fulani use of moralist propaganda was the primary political tool used to takeover Hausaland and the Middlebelt. The use of corruption propaganda, the word for Jihad, has extended to modern times through military and Democratic Jihads.

To stop their territorial and cultural advance that will wipe out the last vestiges of Original African culture, the Yoruba, Igbos, Jukun, South Kaduna and other Original Africans have to come together to articulate their common cultural origins, identity, linkages and aspirations that will crystallize a strong Original African sociopolitical platform.

The strong Original African platform will not only prevent the divide and rule tactics that makes real power unattainable, but it would serve as a shield for the smaller Original groups at the frontier Middlebelt, as well as embolden the Original African groups in Northwest and Northeast regions that have resisted Afro-Asiatic cultural imperialism.

Among the Hausa, there is the group known as Maguzawa, which translates to those who don’t accept Islam. They live in the rural areas around Kano and Katsina. Also, they are many other ethnicities in Hausaland and Bornu, who have rejected the Islamization and are wrongly categorized as Christians like those in Zamfara.

The classifications into Abrahamic sects of Christian and Muslims has prevented the larger Original African groups to realize that it is their culture under attack.

Once an Original African cultural platform is established the small groups will be able to boldly claim their original African identity and know they are protected by an umbrella group that has come together for their collective survival and uplift of the Black Race.

One comment on “The Original African in Asiatic Northern Nigeria”