Rather than being grossly underutilized and over exploited, Eurocentric scholars argue Africa is overpopulated.

They propagate that our population has to be stopped from regaining its natural size that was lost due to Trans Atlantic slavery and colonization. Just like our economic, cultural and political recovery, as a people we continue to be arrested with propaganda.

It is simple logic that when enough people are allowed to move into the middle income class in a dynamic economy, birth rates would decrease to car seats numbers and population would stabilize like in industrialized world.

But no, the Western advice is waste lives, not money, on the altar of their Military Ogun industrial complex as opposed to an Osun philosophy of fertility is wealth. And unfortunately our Eurocentric mindset doesn’t know better.

Black people are the most susceptible to propaganda due to our cultural disorientation. Especially after the end of colonization, propaganda has been a better tool than armed force to arrest the economic and political freedoms.

Some people will argue that the corruption propaganda adopted by the West was learnt from Islamic Jihadists that had successfully used it to takeover large numbers of Original Africans. But then again we can lay the design of moralist propaganda as a political tool to the beginning of the Holy Roman Catholic Empire and the use of state religion as an imperialistic control tool.

We are currently under a deluge of anti-China propaganda to poison African minds against Chinese economic liberating infrastructural development.

This new Anti-China propaganda of wicked greedy China coming to colonize your country was to replace the 1950 to 1980s Anti-Communist/Anti-Soviet/anti Black liberation movements propaganda that invoked public hysteria that communists were coming to deprive you of your private possessions. With China producing more billionaires than USA, the propaganda of poor economic disenfranchised Communist citizens had to change.

UN nations projections have shown that ancient population centers will regain their population and control the world economy as European fall in population and market size relegates them to middle income Nations. 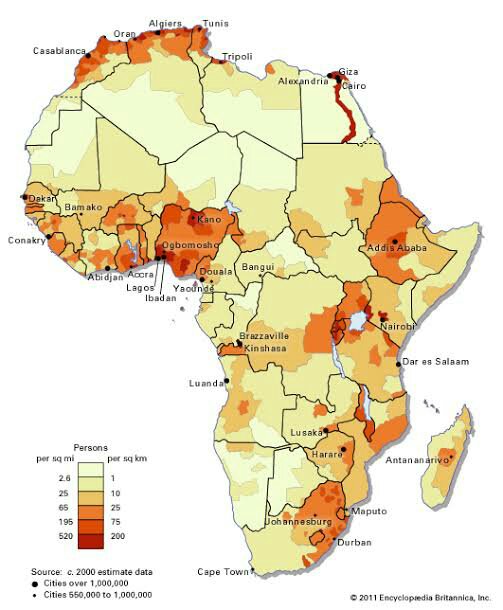 Nigeria’s population should naturally be greater than China population based on Age and productivity, if not for the last 350yrs of slavery and 100yrs of colonization and neocolonization. Yorubas have been living here tens of thousands of years before the Chinese.

Nigeria has huge economic growth potentials and its economy can grow 10,000percent within a generation, like USA railroad cotton boom era of 1790 to 1840.

But, Nigeria and all other Black nations were colonized to be mono-economies that serves as a supplier of one main raw material and buyer of a variety of colonial manufactures. This is just like a slave plantation where slaves are to concentrate on what the owner wants – cotton or tobacco. Now oil.

If Nigeria the genetic and cultural heartland of Africans can get its focus right and build the right infrastructure to boost the local economy, with railways from East to West, roads, refineries, and Steel plants, it will easily achieve an annual economic growth of 15% that will dwarf the 3.5% population growth.

Better still, if the equivalent land size of only one or two states out of 36 is completely covered with solar panels, especially in the North, not only will it provide electricity for the whole Africa, it will turn the whole area into arable land and Nigeria’s coastal manufacturing areas will soon become the industrial center of the world as skyscrapers line the coast from Calabar to Abdijan.

Unfortunately, they are discounting our lives as per barrel of crude oil yet Ondo State has one of the world’s largest deposits of untapped bitumen, our coast oozes natural gas, over 50% virgin arable land, precious stones litter every state etc

We have all these resources but it appears that the resource called Common Sense has been lost with our cultural disorientation by Global White supremacy. As Bob Marley sang in abundance of water a fool us thirsty.

Even if we cut the population by 90%, we will still underutilize our resources. We have a capacity to produce 10,000megawatts but can only effectively supply gas to get 4000mw, does that have to do with population or management, politics? We don’t even know how much crude oil we produce.

This is not an indictment of the people because on 3 occasions, we were on the verge of industrial takeoff but were derailed with corruption propaganda. So our greatest problem is mental slavery that allows us to fall to propaganda.

Because we don’t have a well articulated cultural identity and platform, we don’t stand for anything so we fall for everything.