The level of poverty in the North should shock any conscientious human being. How can in the world of plenty could the poverty rate be 90% in Sokoto and Zamfara while about 20% in the South?

The North used to be one of the most prosperous in Africa because of the Trans Sahara trade route plied by thousands of camels.

Without the North that traded Southern Gold, there would be no ancient Egypt, Rome or Christianity or Islam.

The North was the lifeline of the global economy because Middleast and European civilizations could only survive by using West African gold as balance of trade with Indians and the Asian subcontinent. Once the Europeans got the direct link to Southern Nigerian resources and shifted to trans Atlantic maritime trade, Northern prosperity evaporated.

Some from the Eurocentric Southerners give simplistic excuses that Noethern abject poverty is tied to the lack of Western education, but there are other Islamic Nations that prosper and even have a lower poverty rate than the South. 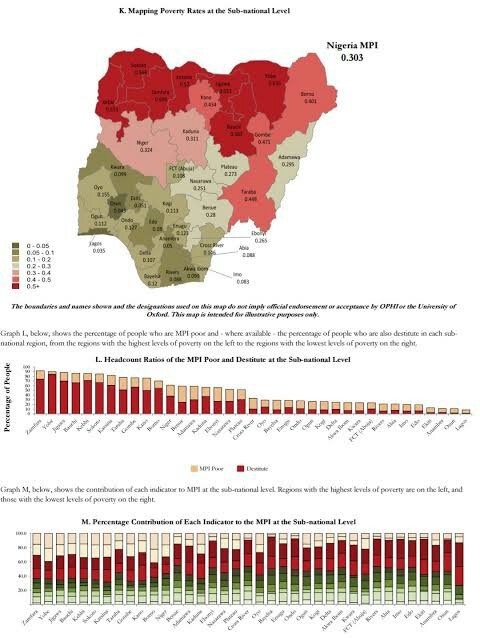 The North has held onto power the longest, so why couldn’t they have switched back to prosperity?

It has been easier to blame Western education and influences, like Boko Haram, referring to the past glories instead of adapting to the current issues. Fantasizing that if only they could have taken the South from the British, they would be rich. The Sultan of Sokoto opined that they won’t rest until they stuck the Koran into Southern coasts.

I believe it is the nature of the Northern leadership that has kept the North in poverty.

First, the Fulani aristocrats are divorced from the Hausa and other indigenous peoples that form the majority. The imperialist foundations of the Northern leadership is focused on looting and plundering resources for a selected few.

This is why the Northern leadership has been focussed on Southern crude oil resources and Northern precious stones instead of articulating and pushing for a sustainable economic model.

I believe the North’s greatest resource is solar energy. A proactive Northern leadership should have pushed to have half of the land covered with solar panels and the other half in agriculture irrigated with solar turbines.

If the Northern leadership puts on its thinking cap, it could once again turn the Sahel into a viable economy. However, just like they prevent Western education in order to keep the masses ignorant, they won’t want a dynamic economy that fund a revolution against their born to rule clique.

Well, whether they like it or not, in this Age of Enlightenment, the masses shall rise to sweep them away and put in a proactive progressive leadership in place or they will die of hunger.

This is not only a Northern problem because even if Nigeria breaks up, having such a poor neighbor will attract huge migration, crime and terrorism. Other imperialists will sponsor them to continuously sabotage us.

We as fellow humans have to take steps to liberate the Northern masses from the Fulani hegemony if the Fulani elites resist change.

Make no mistake that the Northern rulers since independence are representatives of their people. They are Arabic and Western puppets put in place to sabotage not only the South but also the North.

According to Original African principles of duality, nothing or any ethnic group is totally good or bad. Therefore there is hope that Atiku a Fulani restructures Nigeria, according to Southern wishes, but even with restructuring, there must be a Marshall Plan to build the productive capacities of each state, otherwise the effects of poverty will spill over and destabilize the Southbelt regardless of the borders. We can leave Nigeria, which I doubt, but like with USA and Mexico, they can dig long tunnels to enter our territory. So we have no choice but to confront the issue head-on.

A Southern push to build solar energy and agriculture base will not only help to uplift fellow humans from poverty and reduce the incidence of instability in the West African region, it will be a source of cheap energy, food supply and markets for Southern manufactured goods. A win win situation.

Anything else is postponing a doomsday scenario that will engulf the whole neighborhood.